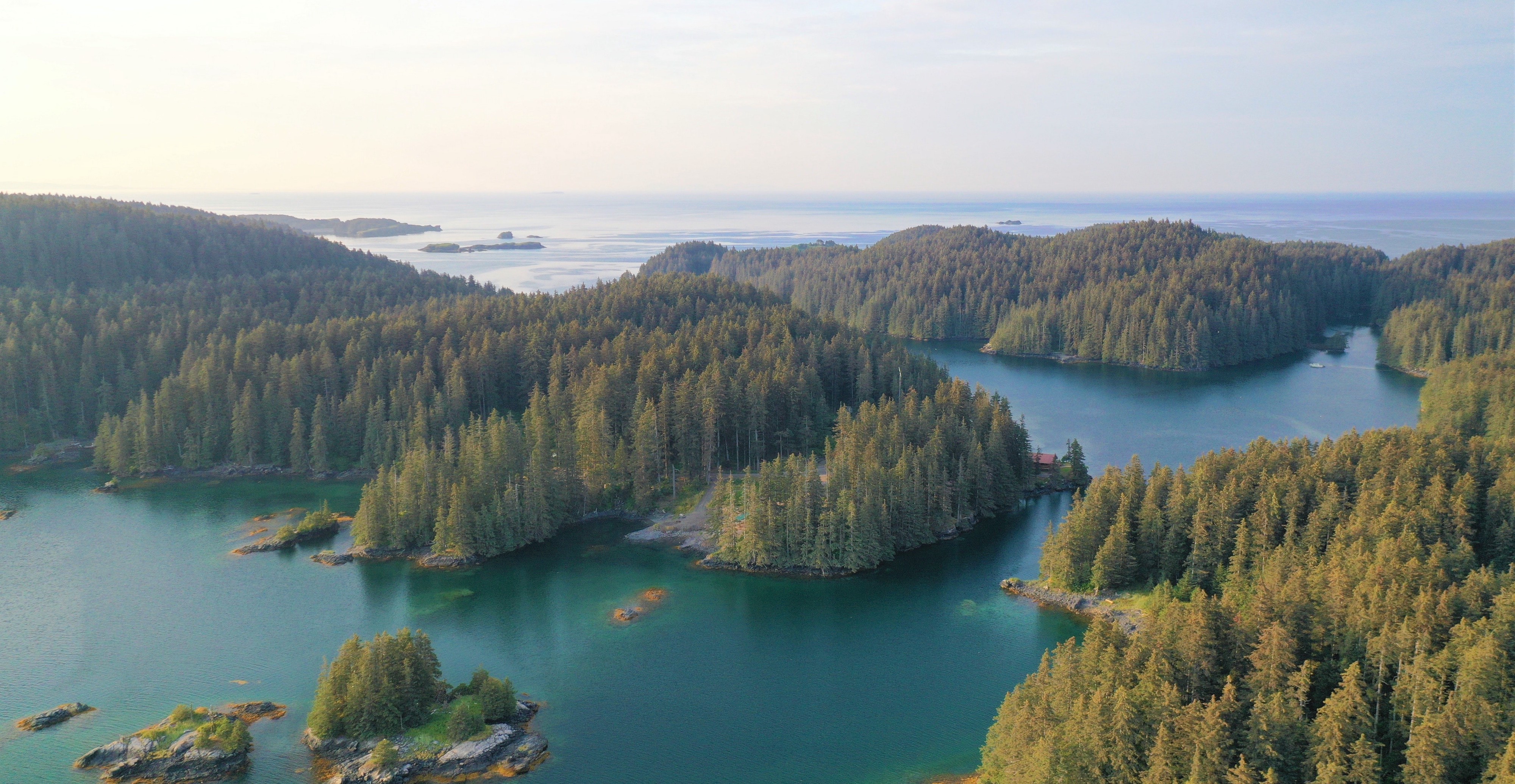 The biggest elk population of Alaska can be found on Afognak Island. It’s surrounded by sub-arctic waters and is covered by over 200-year old trees. A stunning place, but scars draw through the forest: From the 1980s, the area was managed for timber production. Since then about 15% of the forest area has been subject to clear-cut logging. The effects of it are visible to this day.

Luckily for the forest and its inhabitants, the Afognak Forest Project was called into life to recover and protect the area. The area is now a paradise for lots of other wildlife too: bears and deer call the coastal forest home. Sea lions and even some whale species populate the frigid waters around the island. The logging for wood was a threat for all of them and deforestation was a disaster for our climate, too.

Why is deforestation bad?

Deforestation usually takes place to create cropland, pasture, infrastructure, or urbanization. In the case of the Afognak forest, deforestation happens for the sake of timber. Forests capture carbon in the biomass of trees and forest soil. The carbon stored in the soil is lost through physical disruption. Think, for example, about the heavy machinery used to clear forests. It destroys the delicate forest’s soil organic matter (SOM).

Carbon from the biomass is released back into the atmosphere once a tree dies. How quickly this carbon is released depends on the method of clearing and what the wood is used for. Burning forests or using wood as bioenergy causes an immediate release of carbon. Using wood for products, e.g. in construction, for furniture, paper, etc., traps some of the carbon for the lifetime of the product. Leaving trees to decay in the forest will release the stored carbon into the atmosphere, too. This process can take years or even decades, depending on climatic conditions. (Brack, 2019, p. 6)

But deforestation does not only cause emissions. We also lose the carbon capturing capacity of this forest, both in the present and for the entire projected future lifetime. Knowing that we already have too high a level of greenhouse gases in our atmosphere makes depleting further CO2 storage seem lunatic. Furthermore, the whole ecosystem is suffering, causing the loss of biodiversity and clean water (Nunez, 2019).

What also influences the net impact of deforestation is what replaces the cleared forests. Forests only regenerate naturally if the wood is harvested selectively. In the case of the Afognak forest, the cleared patches had been left alone to regenerate. Therefore, unfortunately, regeneration wasn’t successful and the ecosystem wasn’t able to restore itself to its initial state.

The Afognak project to restore and protect the forest

In the late 2000s, the American Land Conservancy (ALC) and the Rocky Mountain Elk Foundation (RMEF) acquired 8,219 acres of the formerly logged forests on the north coast of Afognak Island. The project aims to preserve large tracts of old-growth Sitka Spruce forests and aids the regeneration of cleared patches in the area. Through restoration and preventative management, the project is successful in revitalizing biodiversity and safeguarding the vibrant ecosystem. It has been planned for a 30-year period, but even after the project ends, the land will be managed for conservation in perpetuity.

Thanks to the Afognak Forest Project the island will remain covered by old, native forests. Wildlife, lakes, and wetlands are protected forever. The project will mitigate 40,451 tCO2e throughout the planned 30 years of duration and even more thanks to its permanent protection into the future (South Pole, 2019).